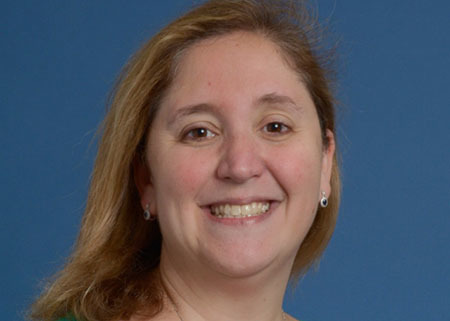 Superintendent of Schools Dr. Sal Corda has announced the appointment of Ms. Jennifer Lynn Bencivengo as Principal of Old Greenwich School (OGS), effective immediately. Ms. Bencivengo is currently acting as the Interim Principal at OGS and had previously served as Assistant Principal at North Mianus School for the last ten of her nineteen years with the Greenwich Public Schools. Dr. Corda said, "Ms. Bencivengo has the teaching and instructional leadership experience to guide Old Greenwich School in the implementation of personalized learning, the District's strategic focus. She has a commanding knowledge of how to use data to drive instructional decisions, and she knows Greenwich well, having worked in our elementary and middle schools for nineteen years. I am confident she will be a strong leader for Old Greenwich School."

Ms. Bencivengo said, "I am humbled and honored to be asked to continue to lead the work at Old Greenwich School. Next year will begin my 20th in Greenwich and I am thrilled to mark this milestone in my career with the Old Greenwich community. I look forward to continuing our excellent work next year, as we grow our students into high level critical thinkers and problem solvers."

Ms. Bencivengo was appointed as Old Greenwich School Principal from among many highly qualified candidates after a comprehensive process, which included stakeholder involvement to develop the qualities desired in a new principal, widespread recruitment efforts, an intensive screening process to match the stakeholder profile, and multiple interviews. The initial interview committee included District administrators, Old Greenwich School staff and parent representatives, and leadership representatives from the Greenwich teacher and administrator bargaining units and PTA Council.

Bio Brief: Jennifer Bencivengo
An educator for twenty years, Ms. Bencivengo began her career as the Director of the Sylvan Learning Center in Wallingford, Connecticut in 1997. Ms. Bencivengo began teaching with the Greenwich Public Schools in 1998 at Central Middle School as a language arts and special education teacher. In March 2007, she was appointed interim assistant principal for Old Greenwich School through June 2007, after which, she was appointed assistant principal for North Mianus School. In addition, she successfully ran the Greenwich Public Schools Summer School program from 2011 to 2016, closing gaps in achievement and increasing enrollment by 43% over six years.

Ms. Bencivengo received a bachelor of arts degree with a triple major in elementary education, secondary education and English from Boston College, Chestnut Hill, MA in 1997; a master of arts degree with a major in humanities from Wesleyan University, Middletown, CT in 2000; and a sixth year certificate in administration from the University of Connecticut, Stamford, CT in 2003.

Back to Old Greenwich News