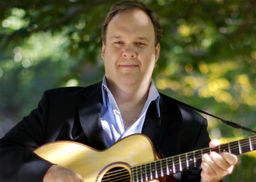 The GHS Class of 2019 has announced the Commencement Speaker for the graduation ceremony on June 17, 2019 – Emmy winning, Tony and Grammy nominated music arranger, composer, producer and director Rob Mathes.

The Greenwich High School (GHS) Class of 2019 has announced the Commencement Speaker for the graduation ceremony on June 17, 2019 – Emmy winning, Tony and Grammy nominated music arranger, composer, producer and director Rob Mathes. Mr. Mathes is a Greenwich High School graduate, Class of 1981, with strong connections to the community and the public schools. His father, George Mathes was a band teacher in the public schools, receiving a 1987 Distinguished Teachers Award, and his mother, Joan, taught piano to numerous young musicians in town. Rob Mathes married GHS classmate Tammy Hume and their two oldest children graduated from GHS, Emma (Class of 2013) and Sarah (Class 2016). Their youngest, Lily, will be among the Class of 2019 GHS graduates on June 17.

GHS Senior Class President James Heavey said, "The Class of 2019 is very excited to have Mr. Rob Mathes as our Commencement Speaker. Not only is Mr. Mathes a GHS class of 1981 graduate, he has stayed connected to our high school and the music department since graduation. Once a cardinal, always a cardinal!"

GHS Interim Headmaster Rick Piotrzkowski noted, "Rob is a highly accomplished musical composer, performer, and producer who understands the challenges and opportunities that high school graduates face. As a GHS parent and alumni, Rob has contributed to the fabric of our school in numerous ways: as a composer of songs sung by our choirs, as a mentor to numerous GHS students, as a guest speaker in classes and for Cardinal News. Rob embodies all that is great about GHS and we are delighted that he will be sharing some of his wisdom with our graduates. I am very pleased that the Class of 2019 chose to honor Rob Mathes as their speaker."

Greenwich High School (GHS) Graduation will be held on Monday, June 17, 2019 at 6:30pm* at the high school's Cardinal Stadium.

*In case of inclement weather, the commencement ceremonies will be held indoors in the GHS Performing Arts Center in two groups – students with last names beginning with A-K will begin at 4:00 p.m., and students with last names beginning with L-Z will begin at 7:15 p.m. While seating for the outdoor ceremony is unlimited and on a first come, first serve basis, each family will receive two tickets for use in case there is an indoor ceremony.

Rob Mathes is an Emmy-winning, Tony and Grammy-nominated arranger/composer and music producer/director. He has produced recordings by Sting, Carly Simon, Rod Stewart, Bettye LaVette, Vanessa Williams, the band Panic at The Disco and others. He won the Emmy for his work on the Kennedy Center Honors, a program he musically directed for over a decade. He directed Obama's Inaugural Celebration at the Lincoln Memorial and PBS's Great Performances 40th Anniversary Special. He orchestrated the last three Bruce Springsteen records, the most recent of which, "Western Stars", will be released in June. Rob has arranged and conducted music for artists such as Elton John, Lou Reed, Beyonce, Beck, James Taylor, Jay Z, Aretha Franklin, Stevie Wonder, Eric Clapton and Tony Bennett and also Classical artists like Yo-Yo Ma, Luciano Pavarotti and Renée Fleming.

He has written two soundtracks for the HBO documentaries Thurgood about legendary Supreme Court Justice Thurgood Marshall starring Lawrence Fishburne and Herblock, about the two time Pulitzer Prize-winning cartoonist from the Washington Post, both scores nominated for a Emmy. Rob has written music for the Los Angeles Philharmonic, The Nashville Symphony, The National Symphony, The Boston Pops and The Royal Philharmonic. Rob musically directed and orchestrated Sting's Broadway show The Last Ship and soon begins work on a show he'll musically direct for Elvis Costello. He recently orchestrated and conducted the song score for the hit film The Greatest Showman starring Hugh Jackman and wrote the arrangements for last year's #1 record Pray For The Wicked by Panic At The Disco (including the hit single High Hopes). He has released a number of Pop Records under his own name, most notably Evening Train and Orchestral Songs and he recently celebrated 25 years of sold out Holiday Concerts at SUNY/Purchase.