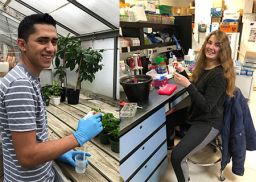 Society for Science & the Public announced that Greenwich High School seniors Hannah Goldenberg and Edgar Sosa were named as Top 40 Finalists in the 2021 Regeneron Science Talent Search (RSTS), the nation's oldest and most prestigious science and math competition for high school seniors. Student finalists are awarded an additional $25,000, after winning an initial $2,000 for their recognition as RSTS Scholars.

GHS Science Teacher and Research Advisor Mr. Andrew Bramante said, "Greenwich High School continues to shine as one of the leading research programs in the nation. For instance, dating back to 2012, GHS Science Research has had 37 RSTS Scholars, and now 7 RSTS Finalists, which is simply incredible."

The RSTS Finalists were selected from the 300 RSTS Scholars named earlier. These scholars were selected from 1,760 applications received from 611 high schools across 45 states, Washington, DC, Puerto Rico, and 10 countries. According to the competition program, "Scholars were chosen based on their exceptional research skills, commitment to academics, innovative thinking and promise as scientists, and hail from 198 American and international high schools in 37 states, Puerto Rico, Chinese Taipei, and Singapore."

Mr. Bramante added, "Being selected as a Regeneron Science Talent Search Finalist places both Hannah and Edgar in similar company with many talented, young scientists that have become leaders in science and technology (including Nobel Prize winners), who have devised solutions to many critical issues of our past. What Hannah and Edgar both share, and what is most commendable, is their true love for scientific discovery for the most profound reason ... to use their inherent gifts of creativity and imagination to help others. I'm so incredibly proud of them both!"

The Greenwich High School Finalists and their project titles include:

The additional two Greenwich High School students who were named as scholars and their project titles include:

The full list of scholars can be viewed on Society for Science's webpage.

The Regeneron Science Talent Search, a program of Society for Science since 1942, is the nation's oldest and most prestigious science and math competition for high school seniors. Each year, nearly 2,000 student entrants submit original research in critically important scientific fields of study and are judged by leading experts in their fields. Unique among high school competitions in the U.S. and around the world, the Regeneron Science Talent Search focuses on identifying, inspiring and engaging the nation's most promising young scientists who are creating the ideas that could solve society's most urgent challenges. 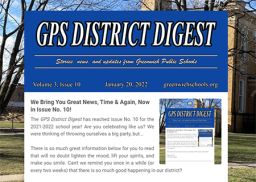 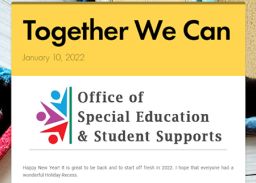 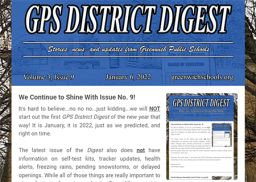 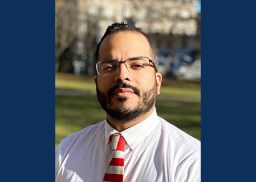 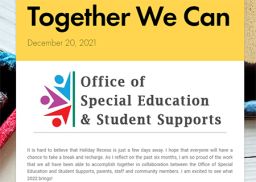 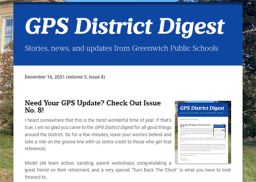